Join us for a workshop on ICP research for B2B SaaS on August 24. Register here

How to compete and win on messaging 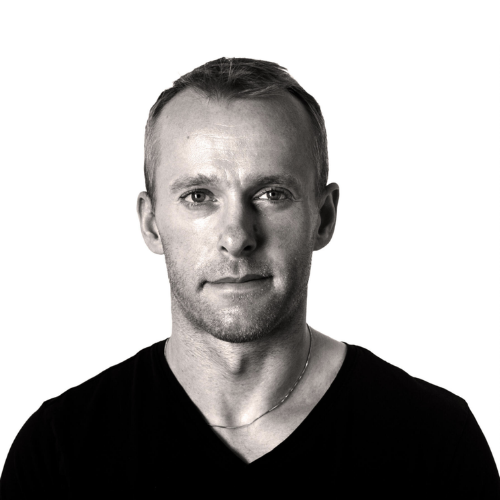 There have never been as many brands as there are today. And it's not slowing down — markets are only going to get more saturated.

Funding is more readily available than ever before, and technological barriers of entry are getting ever lower.

What once required custom software, deep expertise, or expensive licenses (ConstantContact paid $250,000 for their billing system license in the 2000s) is now available on the cheap.

Access to know-how is plentily available. When previously hiring top 1% talent was a cornered resource for the biggest companies in Silicon Valley or NY, now with remote-first going mainstream the top talent is equally available across the globe. In many places that top talent is very affordable.

The market is more crowded, noisier, and moving faster than ever before.

This results in  s o   m u c h   c o m p e t i t i o n  in almost every market imaginable. When Chiefmartec's Martech Landscape had only 150 tools in it in 2011, there are over 8000 tools in there today. And that's just marketing technology.

A similar kind of intensification of competition is happening everywhere — including agencies (the easiest business to start) and selling physical products (e-commerce).

Back in the day, you had to own factories to make stuff, and that was your moat. Today hot DTC startups don't even make their own stuff, manufacturing is outsourced thanks to Alibaba. Of course, this means the competition has grown X times and is nuts.

Every single month roughly 775,000 startups are launched in the U.S. market. And it’s on the rise, up 28% from 15 years ago (half of them will fail before their 5th birthday).

So you're competing with the establishment — the category leaders — and an ever-increasing army of well-funded, ambitious upstarts.

You cannot compete on features (alone)

You’ll never win on features against a market leader (or most in the category).

If you ship innovative, useful features that people like — the market will copy it. Snapchat released stories in 2014 and now we're fleeting on Twitter.

If there’s a winning product on the market, you’re unlikely to win by creating the entire feature set of X+1 by adding more features. That "one more feature" won't do it. Even if you won't be copied, that one feature differentiation is way too subtle.

Also, let's be realistic here — it will take you years to match the category leader in terms of features, and you might never catch up since they're likely better-funded and have more people.

I'm not saying features don't matter. If your product is objectively worse, they will definitely not choose you. You need to be in the same ballpark, or at least have feature parity on table stakes features.

Instead of competing on features or services you offer, find an interesting way to position yourself differently.

Not better, just differently. It's very hard to be objectively better. Can you name a SaaS product that is objectively, clearly better than the competition? Can you name 5? Remember, there are 9000 martech tools alone.

Sameness is the default.

Sameness is the combined effect of companies being too similar in their offers, poorly differentiated in their branding, and indistinct in their communication.

The language they use is vanilla, the product they offer is pretty much like any other, and the marketing message is identical to that of their competition.

If you visit websites of competing companies, you’ll find that most offer no meaningful differentiation. They say pretty much the same things.

Most state their value proposition as if they were the only company doing what they’re doing.

The more competition, the stronger the commitment to differentiation should be.

But mostly the opposite is true.

There are 3 reasons for this:

Constant comparison leads to conformity, and competitors become less differentiated over time. As the number of products within a category multiplies, the differences among competitors tend to get increasingly trivial.

If you want to see sameness in action, just look at hotels. Almost every single hotel gives you shampoo, lotion, and some other toiletries (shower cap?!) for free, but no toothpaste or toothbrush.

Yes, you absolutely need to do customer research but realize that you're getting category-level insights. You learn about the problems people have and what they'd like. And then — with the best intentions — you build pretty much the same thing your competitors build to solve the problem.

If you're not clear on your brand DNA and just follow the research insights, this can easily lead to sameness.

“People don't know what they want until you show it to them.” - Steve Jobs

IKEA is the 16th most valuable retailer in the world. This makes it the most valuable furniture retail brand. In 2019 they got 1 billion store visitors and 2.8 billion visits to its websites.

Now imagine you're doing consumer research for them. You're looking into the friction its customers are experiencing and their 'jobs to be done'. Without a doubt, you will learn that people will complain about the shortage of staff in the stores, how it's difficult to find the parts, and what difficulties they’re experiencing with assembly. It takes way too long to navigate the stores. Too many pieces! How it sucks to load your car with all the boxes. The furniture doesn't last that long. The stores are too far from everything. And so on.

We could all come up with an A4 page full of complaints. Yet it's the most valuable furniture brand in the world.

If they listened to the complaints and addressed them, focused on the customer experience, eliminated friction, it'd become a vanilla brand and we'd stop buying it.

Being original is hard.

It’s just much easier to be a copycat. Making something that people already know they want seems like a smart idea and easy to do, which is why so many go for it.

What they’re often missing in the process is thinking about second-order effects— that they’ll end up with something just like the other stuff out there. This is why most brand messaging is nearly identical. Instead of doing the hard work of gathering insight from customers and discovering open positions in the market, companies look at their competitors for direction.

Original thought is hard, so marketers use messaging they’ve seen before.

You win by taking a fundamentally different position in the market

Broadly speaking, you compete on innovation or brand. Both, if you can do it.

Realistically, very few can pull that off. You'd need to be a constant innovator plus great at storytelling and marketing. Maybe Tesla can pull it off. Not most SaaS companies.

Even if innovation is not something you can win on (not an option for the majority), you can probably win on brand.

Strategic narrative, positioning, differentiation, messaging — these completely interwoven things are the ingredients you need. They make up your company story, and the story is the strategy. 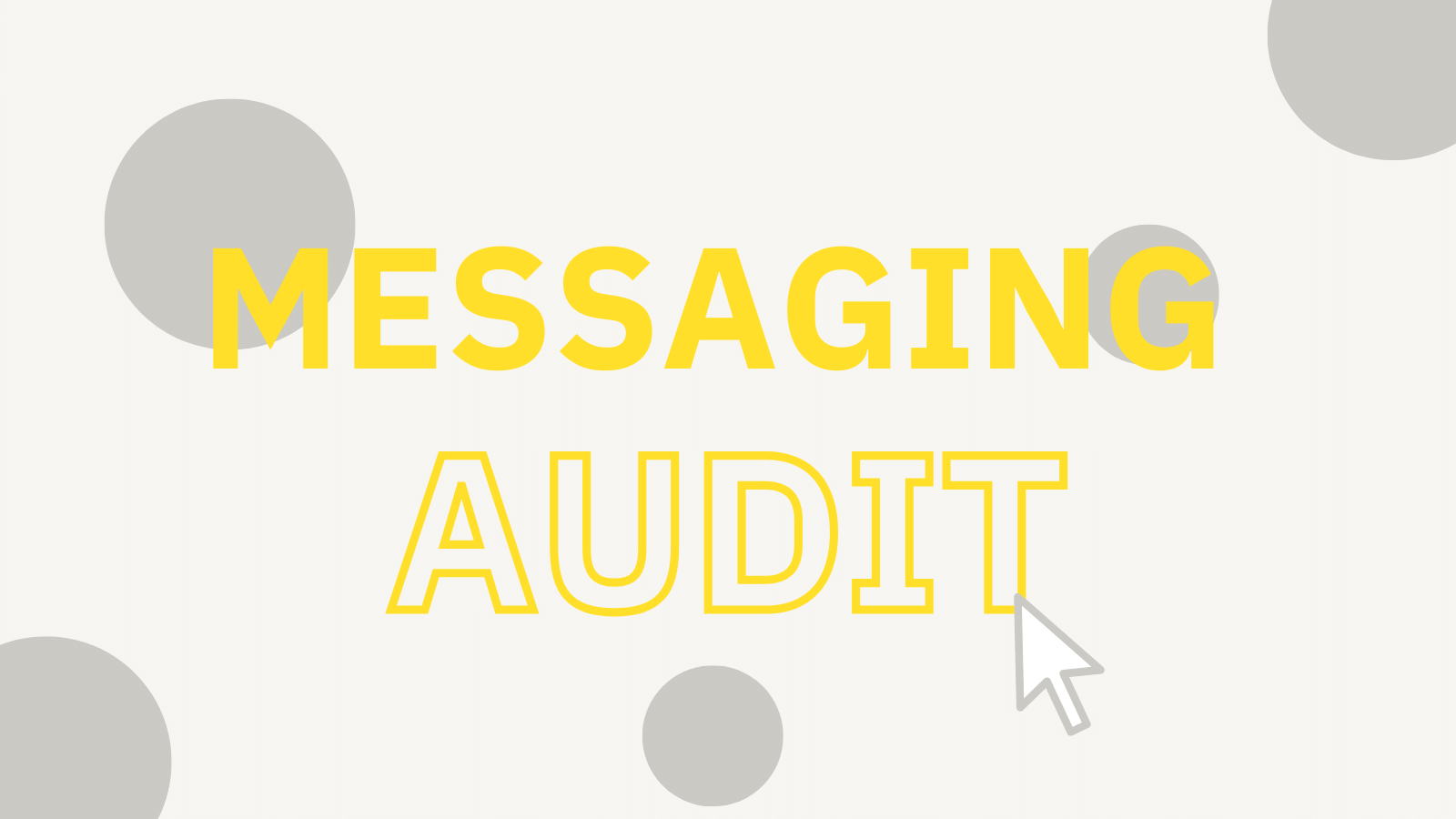 10 questions to ask your target audience in a messaging audit 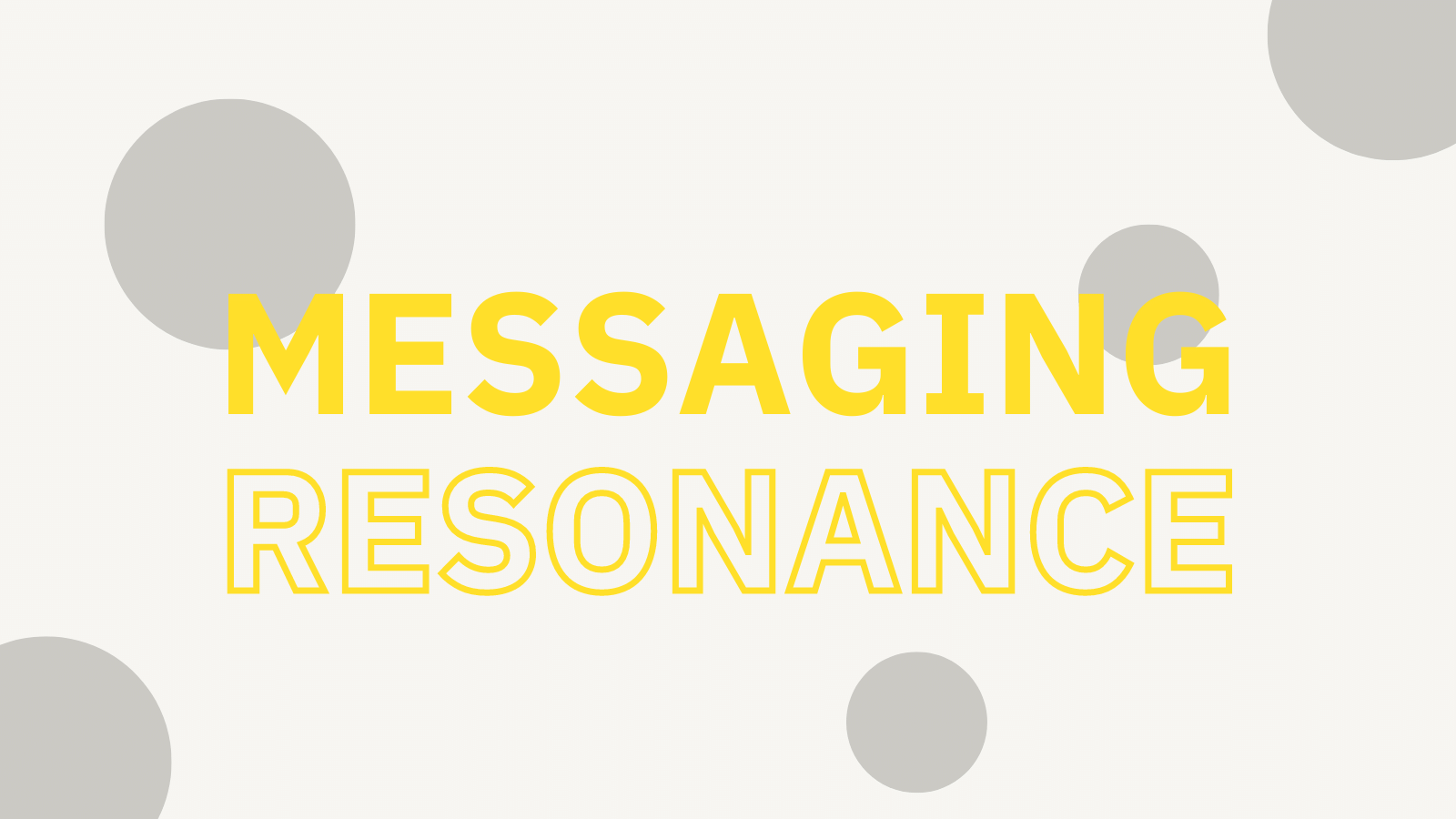 How to improve messaging resonance with qualitative measurement 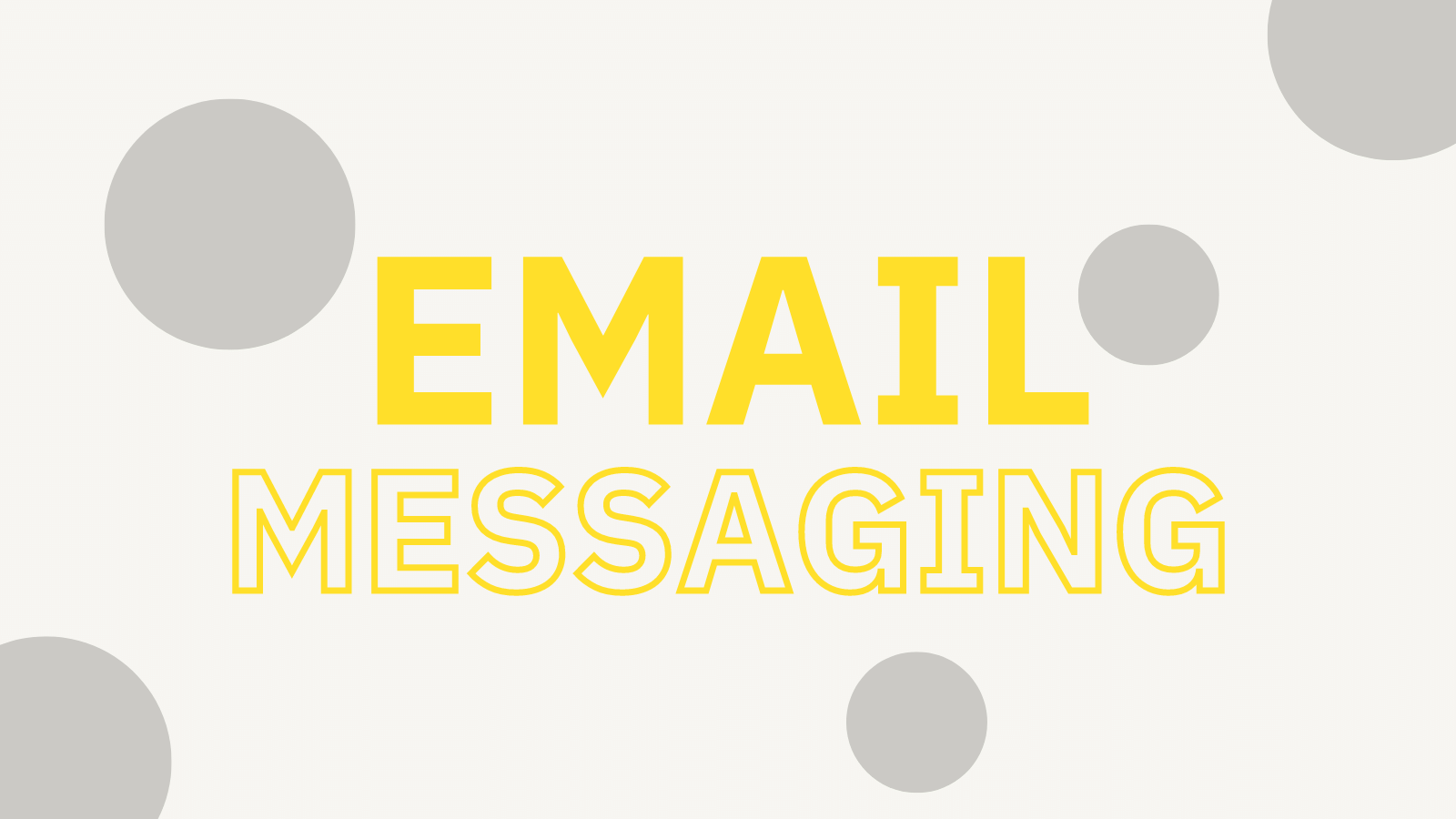 How to craft compelling email messaging and increase revenue

Know exactly what your buyers want and improve your messaging

Join 10,000+ other marketers and subscribe and get weekly insights on how to land more customers quicker ﻿with a better go-to-market machine.
You subscribed successfully.
Oops! Something went wrong while submitting the form.